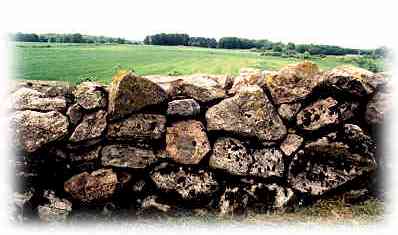 Surnames in the Gyllenhaal Database

Index of Persons in the Gyllenhaal Database

The Gyllenhaal Family Tree Project database includes individuals descended from Olof, the common Gyllenhaal ancestor who lived in Sweden at the end of the 16th century, together with some other families that feed into the Gyllenhaal line. The database contains more than 2,700 individuals. The names of people born after 1905 are listed, but all other information about them is suppressed in the Web version of the database due to concerns about the privacy of living individuals. These people appear simply as unconnected names with the explanation that "this individual is presumed living."

Two branches of the Gyllenhaal family tree have survived to the present day, the "Swedish branch" and the "American branch." Both branches are descended from Nils Gunnesson Haal, an officer in the Västgöta cavalry and the grandson of Olof. Nils was ennobled "Gyllenhaal" in 1652 by Queen Christina, and he had five children, including three sons. Anders Leonard Gyllenhaal, a descendant of Hans, the youngest son of Nils, emigrated to the U.S.A. in 1866. He settled in Chicago permanently in 1871, and his descendants are now scattered across the country. The descendants of Lars, the older brother of Hans, still live in Sweden today.

The Gyllenhaal Family Tree Project database was created and is maintained using the Family Tree Maker program. The HTML files were created with Gene Stark's clever program for converting Unix or DOS/Windows files from GEDCOM to HTML.